On January 6, 1982, Yousuf Karsh photographed George H. W. Bush, Vice President of the United States at the time. Also present, and to be photographed, was Bush’s dear friend and colleague, James Baker, the White House Chief of Staff. When George Bush died last week, it was James Baker who was by his side. The New York Times covers their very close relationship in “I Love You, Too’: George Bush’s Final Days”

The Karsh archives are packed full of correspondence between Karsh and his subjects. Here is an insight into the communications that went on around the sitting, between Bush, Baker, and Bush’s personal photographer, Cynthia Johnson. We hope to share Johnson’s photographs of the three together soon.

Here are some of the letters and notecards: 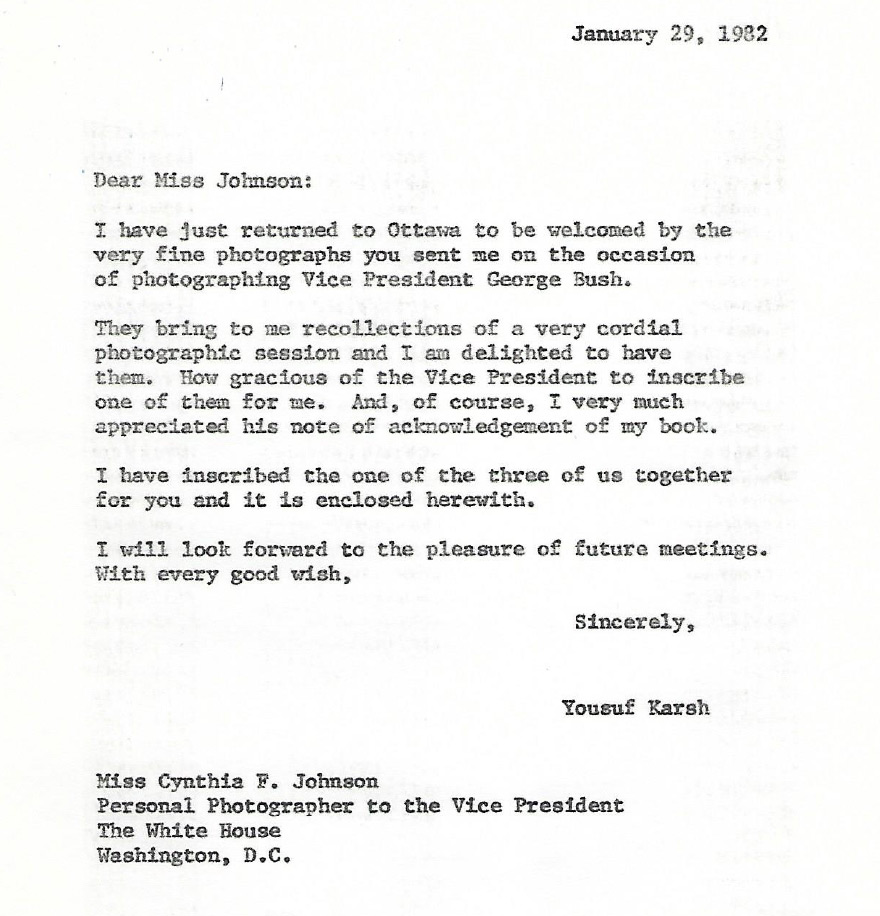 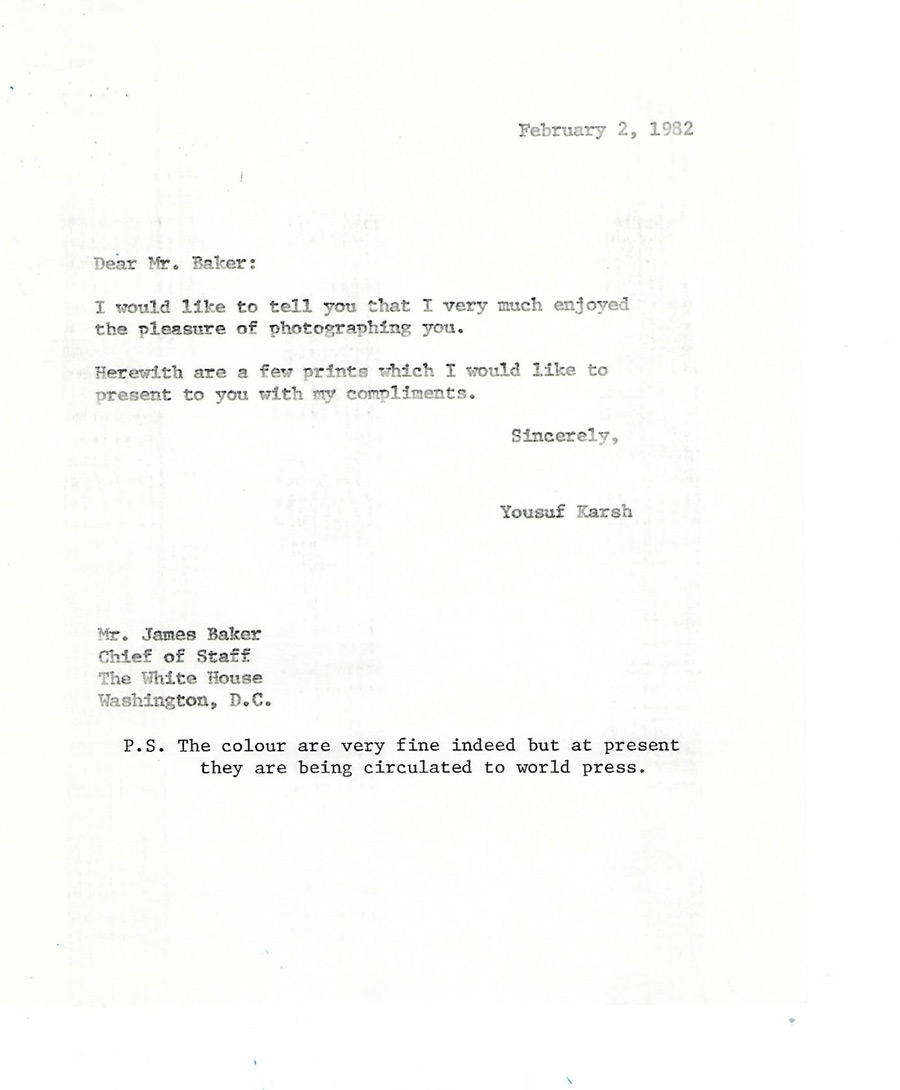 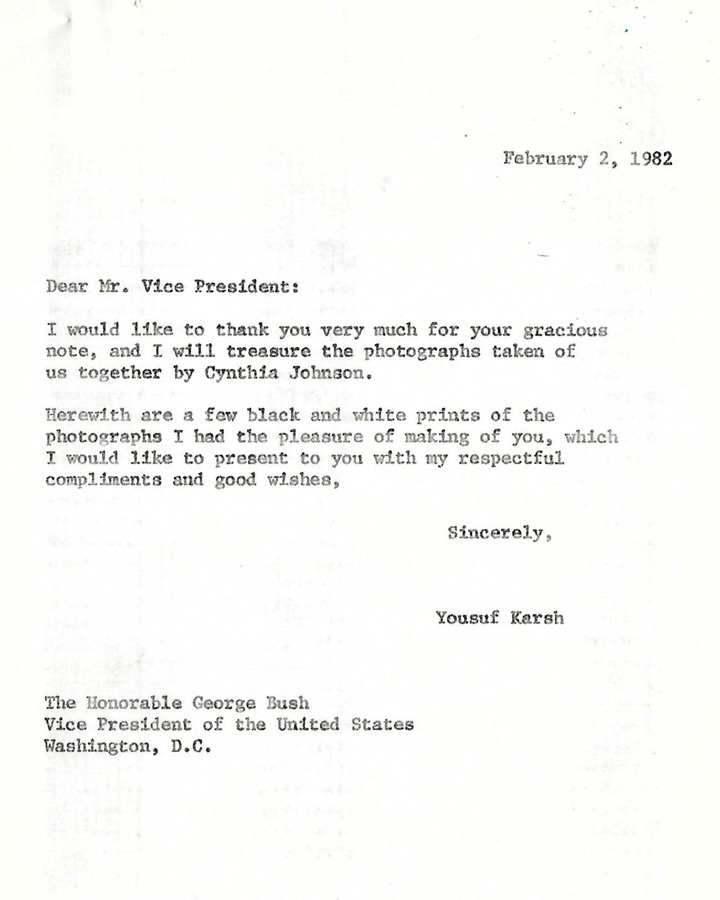 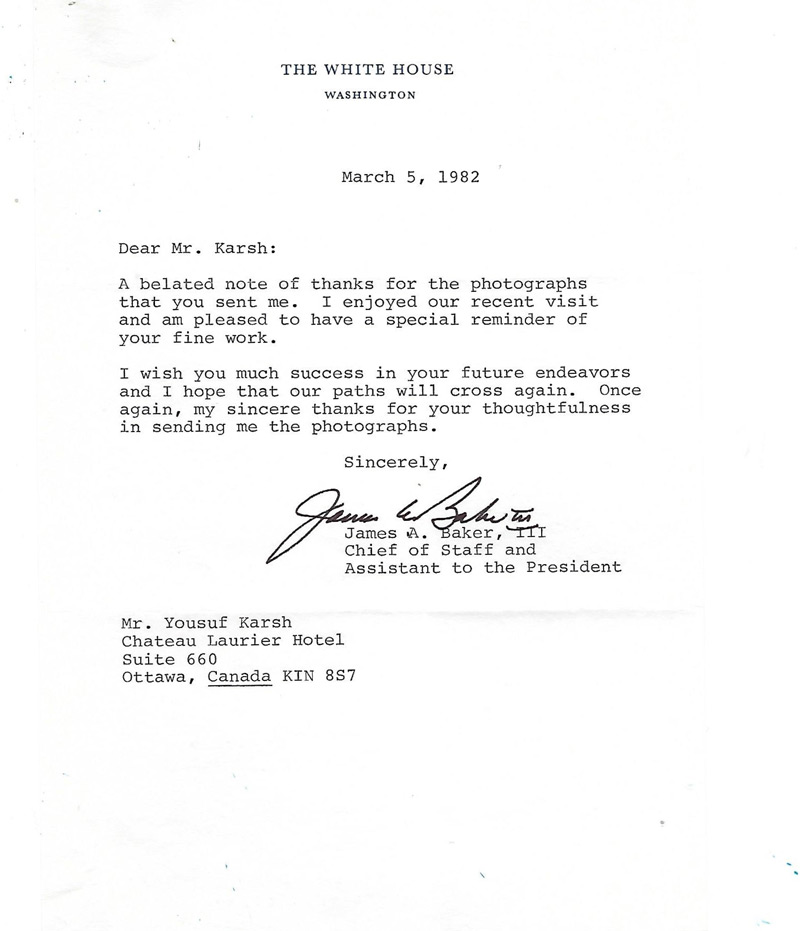