The American biochemist known for discovering the Calvin cycle, Dr. Melvin Calvin, died on this day, January 8, in 1997. With his colleagues Andrew Benson and James Bassham, they were awarded the 1961 Nobel Prize in Chemistry.

Dr. Melvin Calvin featured as one of four scientists honored with a U.S. Postal Service stamp, in 2011. The Karsh portrait of Dr. Calvin features in the background. Karsh photographed Arthur Summerfield, 54th Postmaster General of the United States, in 1953. Summerfield served under Dwight D. Eisenhower, from 1953 to 1961. 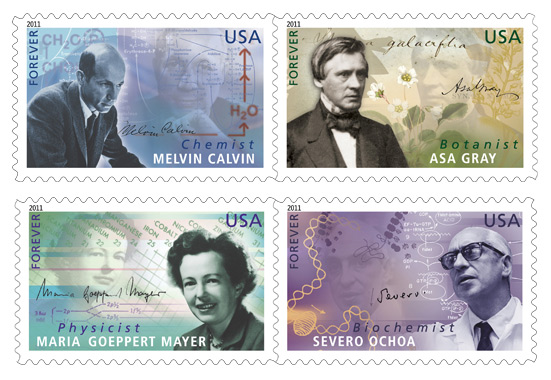