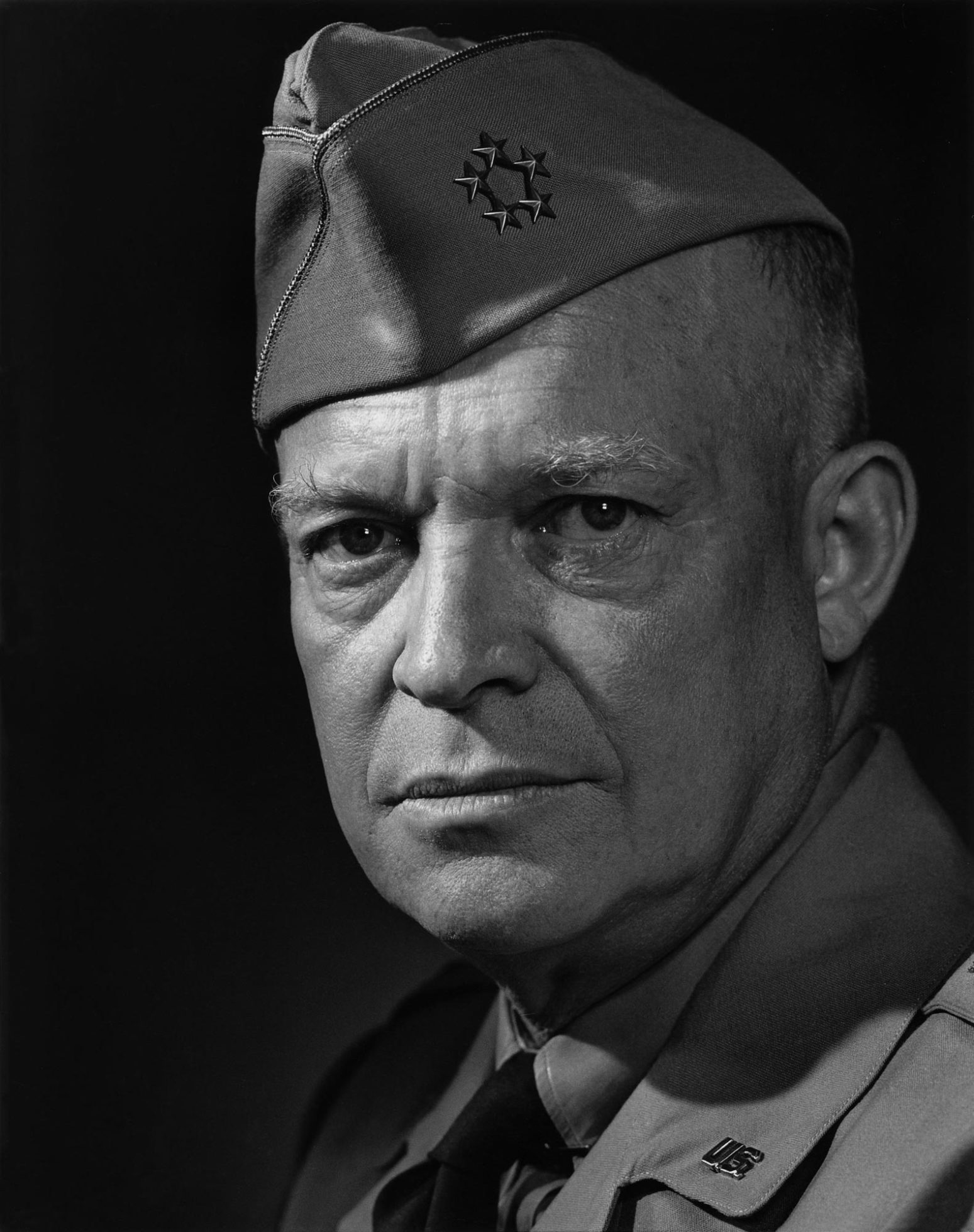 “As the Supreme Commander of the Allied Expeditionary Forces, Eisenhower appeared confident and imperturbable, a man certain of his course. Having witnessed intimately the tragedy of war, he still had strong faith and trust in mankind. When he saw a print of this photograph, he wrote to me of his ‘belief that through universal understanding and knowledge there is some hope that order and logic can gradually replace chaos and hysteria in the world.’

I later photographed Eisenhower as President, and later still, in retirement at Gettysburg. With a twinkle in his eye, he watched my reaction to his new hobby, oil painting. On his easel was his painting of Sir Winston Churchill, and my portrait of the great man was propped up beside it.”