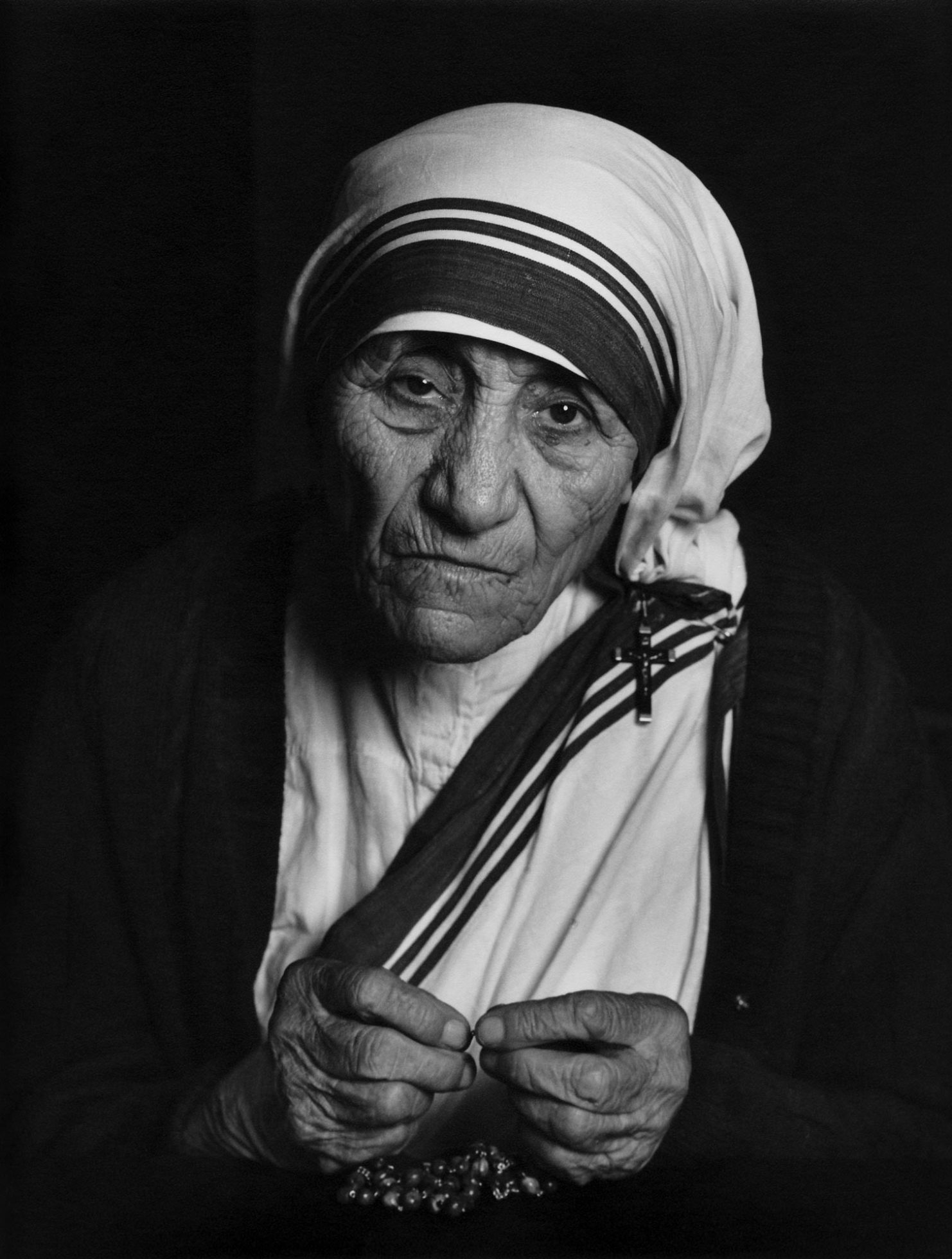 “At the residence of the Archbishop of Ottawa, Mother Teresa was an honored guest. It was one stop on an exhausting fundraising tour for her order of compassionate nursing sisters, who minister to the world’s poorest and neediest. She was a diminutive, fiercely independent, single-minded whirlwind amid a sea of solicitous well-wishers who had scheduled her every moment. She declined the prepared elegant luncheon and chose instead to eat in the kitchen. Learning of our photographic session, she initially demurred, without false modesty, and then graciously agreed if it would help her order. Clearly in charge of her agenda, she countermanded yet another reception and insisted, instead, on visiting an orphanage.”

Photographed during visit to Ottawa at Chapel, Archdiocese of Ottawa Archbishop’s Residence
Share