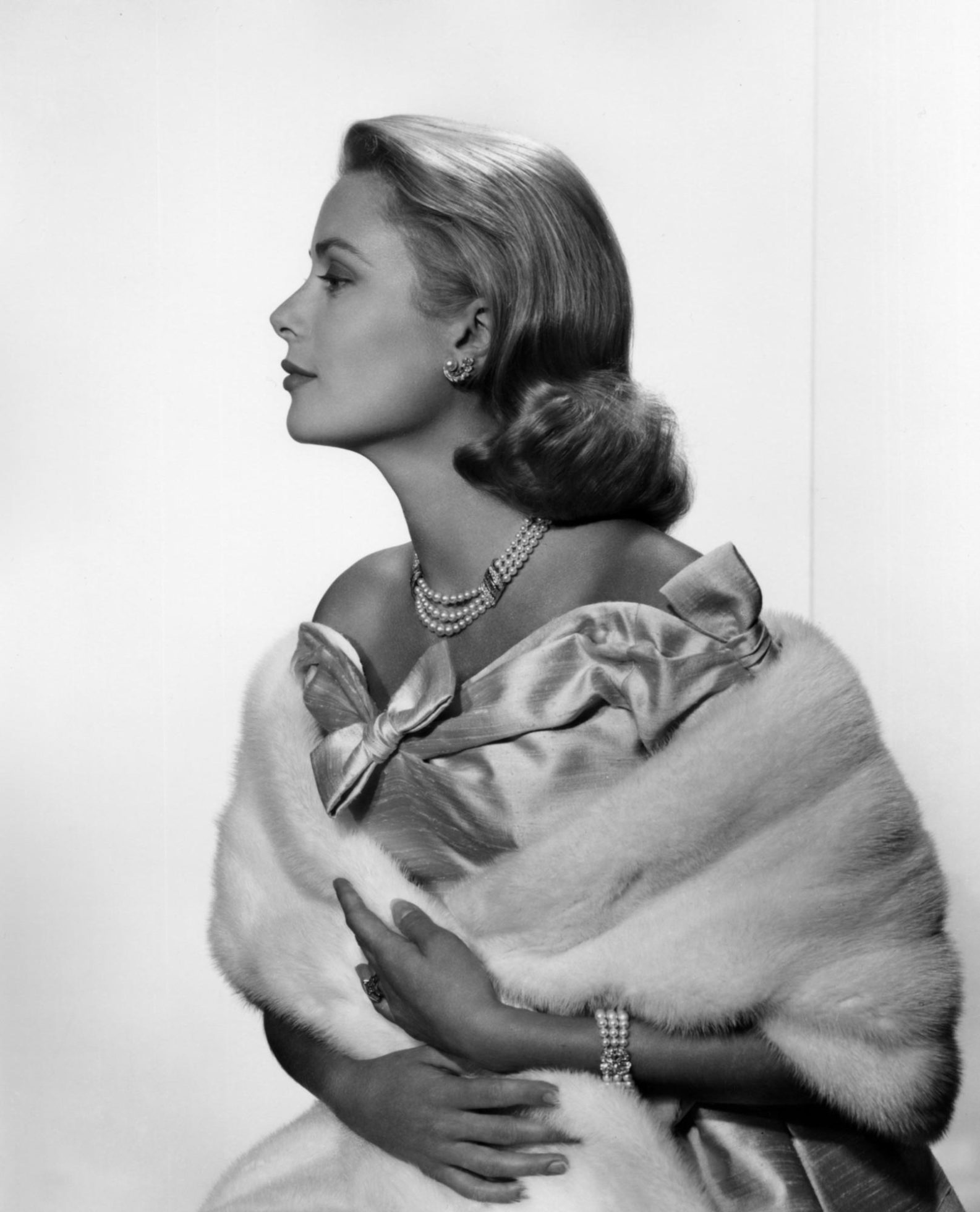 “The animated movie star welcomed me to her New York apartment in blue jeans, with her hair in curlers! Newly engaged to Rainier, the Prince of Monaco, she was in the throes of preparing for her departure for her new life far from the Hollywood sound stages. A few moments later, after running a comb through her hair and quickly changing her clothes, the beautiful woman, and future Serene Highness, emerged.

My portrait of the royal couple in cameo profile taken that same day would later be used as the official photograph and stamp of Monaco.”

Her Serene Highness Grace of Monaco