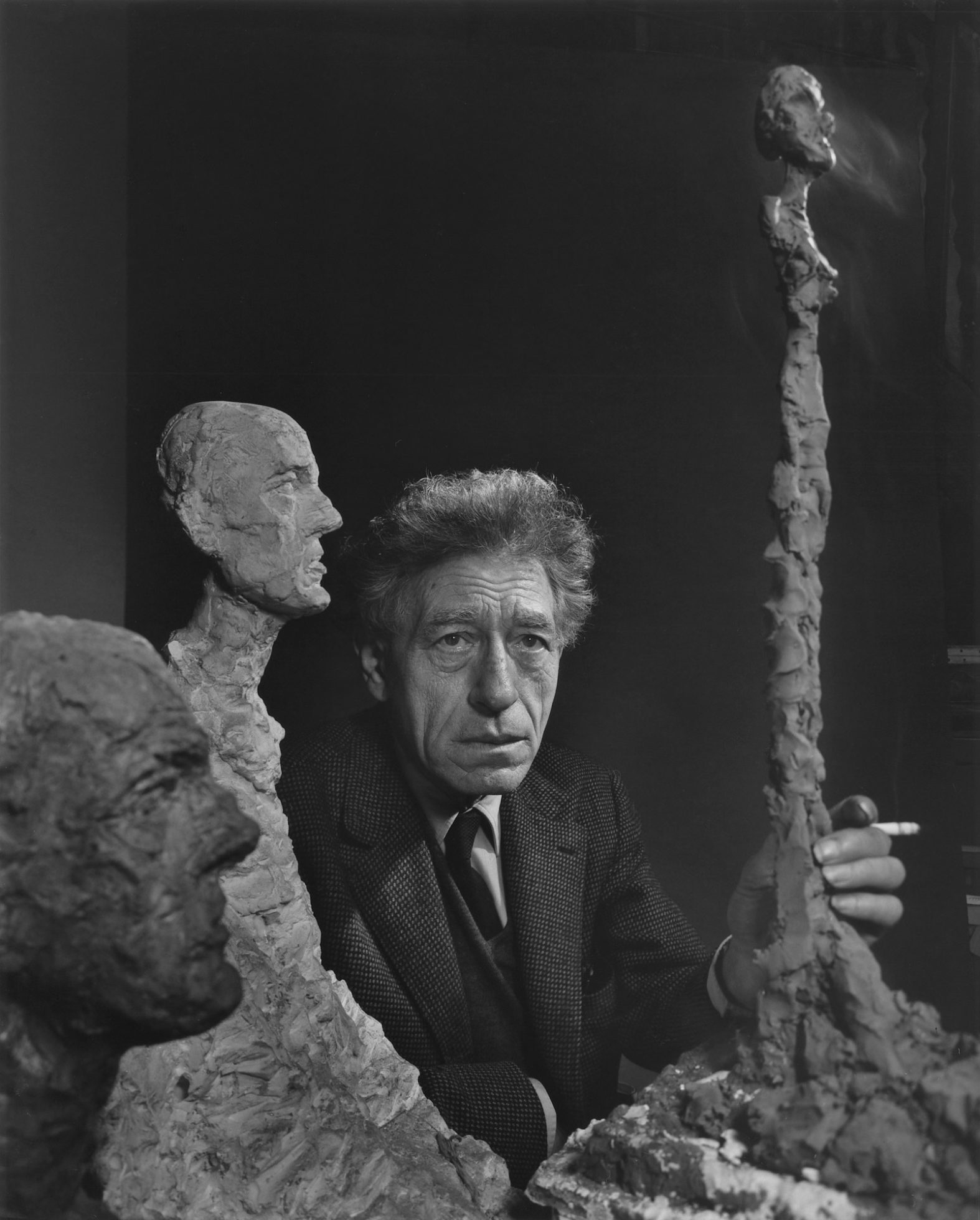 “Shortly before his death, I photographed a pain-wracked Giacometti surrounded by his elongated sculptures of his brother, Diego. Afterwards, in the narrow street that separated two houses, I talked quietly with Giacometti and his dealer, Pierre Matisse, the son of the famous artist. The tranquil blue sky made more poignant the transience of life. Two weeks later, Giacometti was dead.”