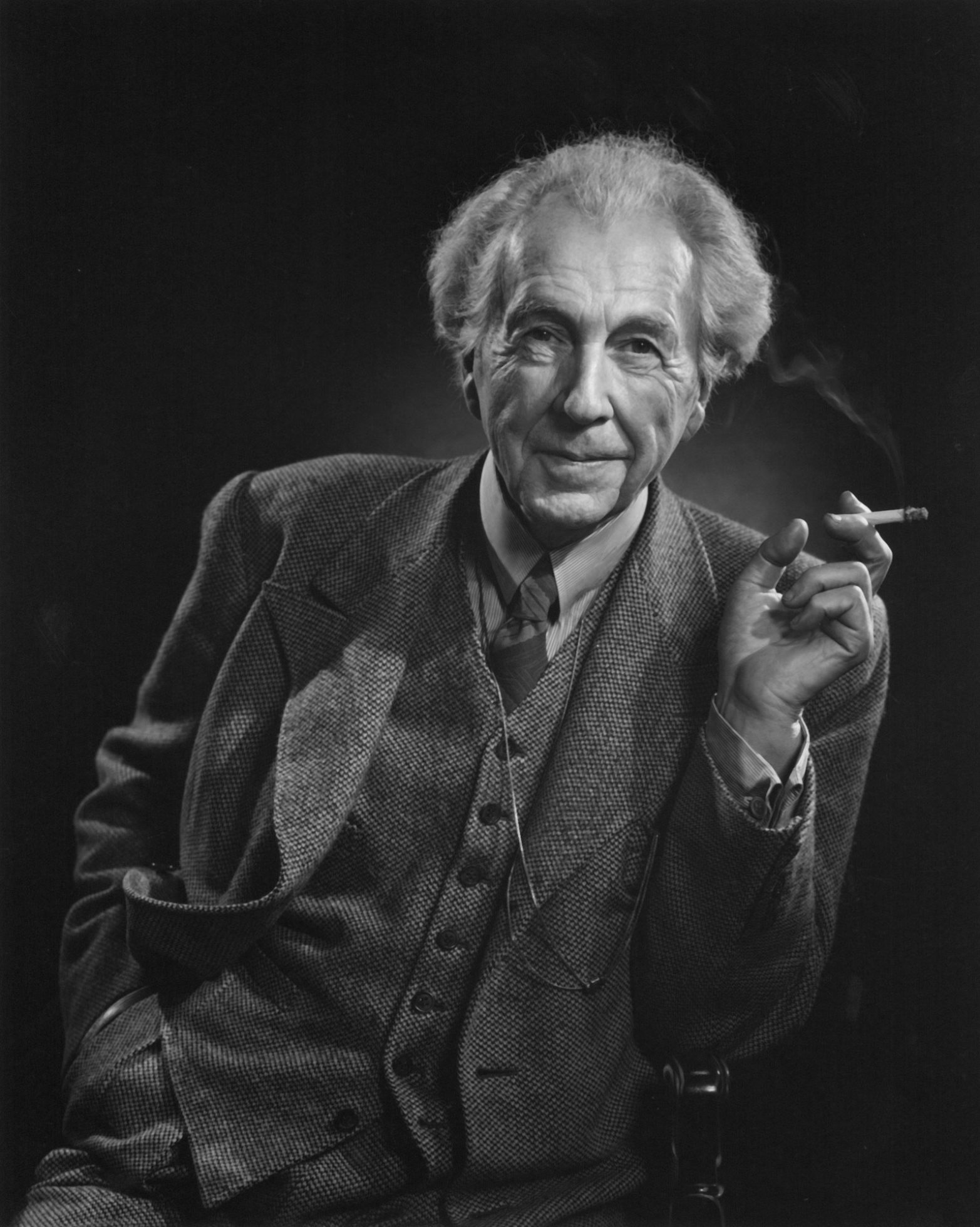 “Surrounded at Taliesin West, Arizona, by twenty-three of his apprentices, the founder of organic architecture brandished a cigarette he would later sheepishly cut out of his portraits. A strong personality, he was admired - or reviled - for his independence of thought and for his buildings unique in design and structure in the United States, Europe, and Japan. He was more interested in discussing his collection of Japanese prints than the survival of his Imperial Hotel in Tokyo during an earthquake. At one point this avowed iconoclast surprised me: ‘Most men scramble through life, ready to snatch and run, thus cutting themselves off from divinity within. If I don’t believe in the now, I can’t believe in the hereafter.’”