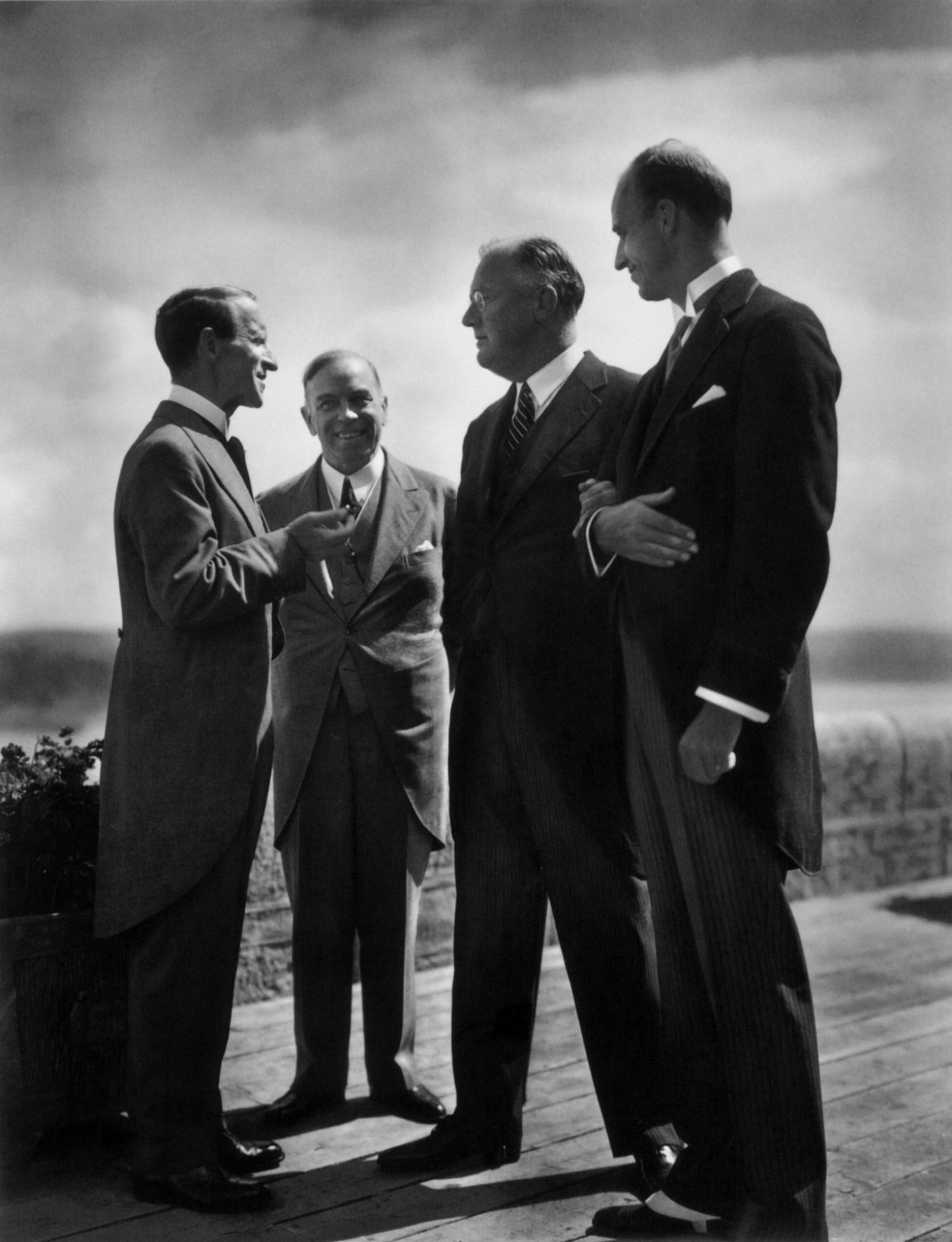 Franklin Delano Roosevelt was the first American President to pay an official visit to the Dominion of Canada. There to greet him and his son James Roosevelt were: Lord Tweedsmuir, Governor General of Canada; Prime Minister William Lyon Mackenzie King; and, a great deal of International press.

“This photograph was made on the terrace of the Citadel at Quebec overlooking the St. Lawrence and the Beaufort Shore where Wolfe unsuccessfully assaulted the entrenched forces of Montcalm. Earlier in the afternoon, there had been a roundup of notables for the news photographers, when fifty or more cameramen engaged in another formidable assault by flashlight bulbs. I was unable to take part in the melee with my equipment, and, after the gathering broke up, bemoaned my bad luck to the Comptroller of the Household, an old friend. He significantly suggested that I stick around.

Later in the afternoon President Roosevelt appeared with his son James, Lord Tweedsmuir and the Canadian Prime Minister. They had come out for a breath of air and were quite willing to be photographed again. They proceeded rather self-consciously, standing stiffly erect, side-by-side, like soldiers at attention. I pretended to click the shutter and said, “Thank you, very much." The ordeal over, Tweedsmuir began to tell one of his Scottish stories and everyone relaxed. This time I did click the shutter.”