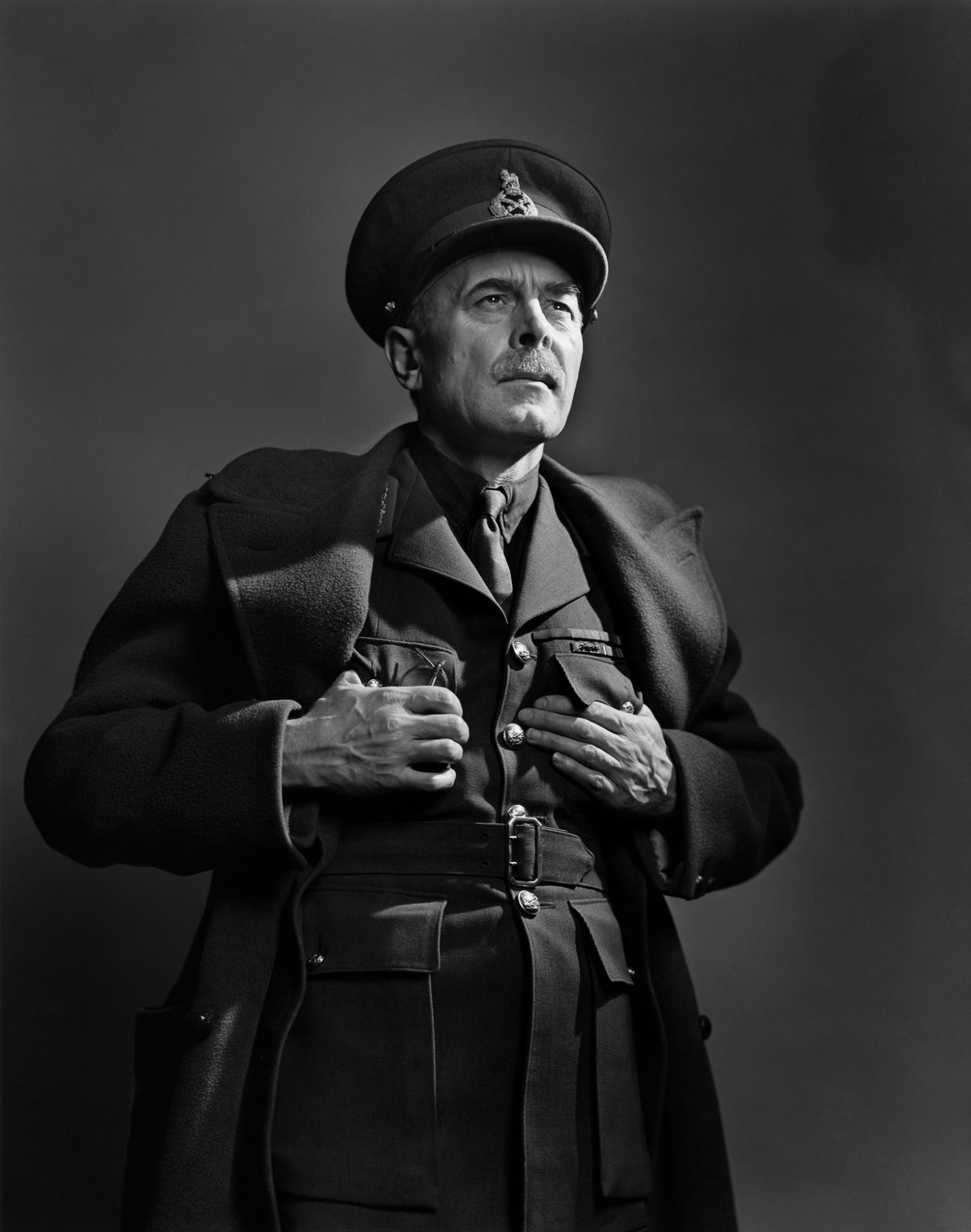 “The founder of Canada's modern army, and the man upon whose shoulders rested the principal responsibility for the defense of Britain in the months that followed Dunkirk, came to my studio in Ottawa, during a short leave following a long and tedious tour of duty in Britain. He was so tense that it was difficult to find a good angle from which to take him. Thinking that it might prove relaxing, I suggested that he try walking up and down. Ever since, I've been accused of exhausting the General by putting him through a campaign route march. However, I was able to catch this picture during one of his halts, and, in certain ways, I consider it one of the most successful I have ever made. While it certainly doesn't look as if I had succeeded in getting him relaxed, it does reflect the anxiety and seriousness of the moment, and was widely used for posters and recruiting purposes. McNaughton had interrupted important scientific work to don the uniform again, and create an army out of almost nothing. He was to know no rest or relaxation until his unwelcome task would be turned over to a younger man. I was glad to be able to show his absorption in the emergency of his job so clearly.”