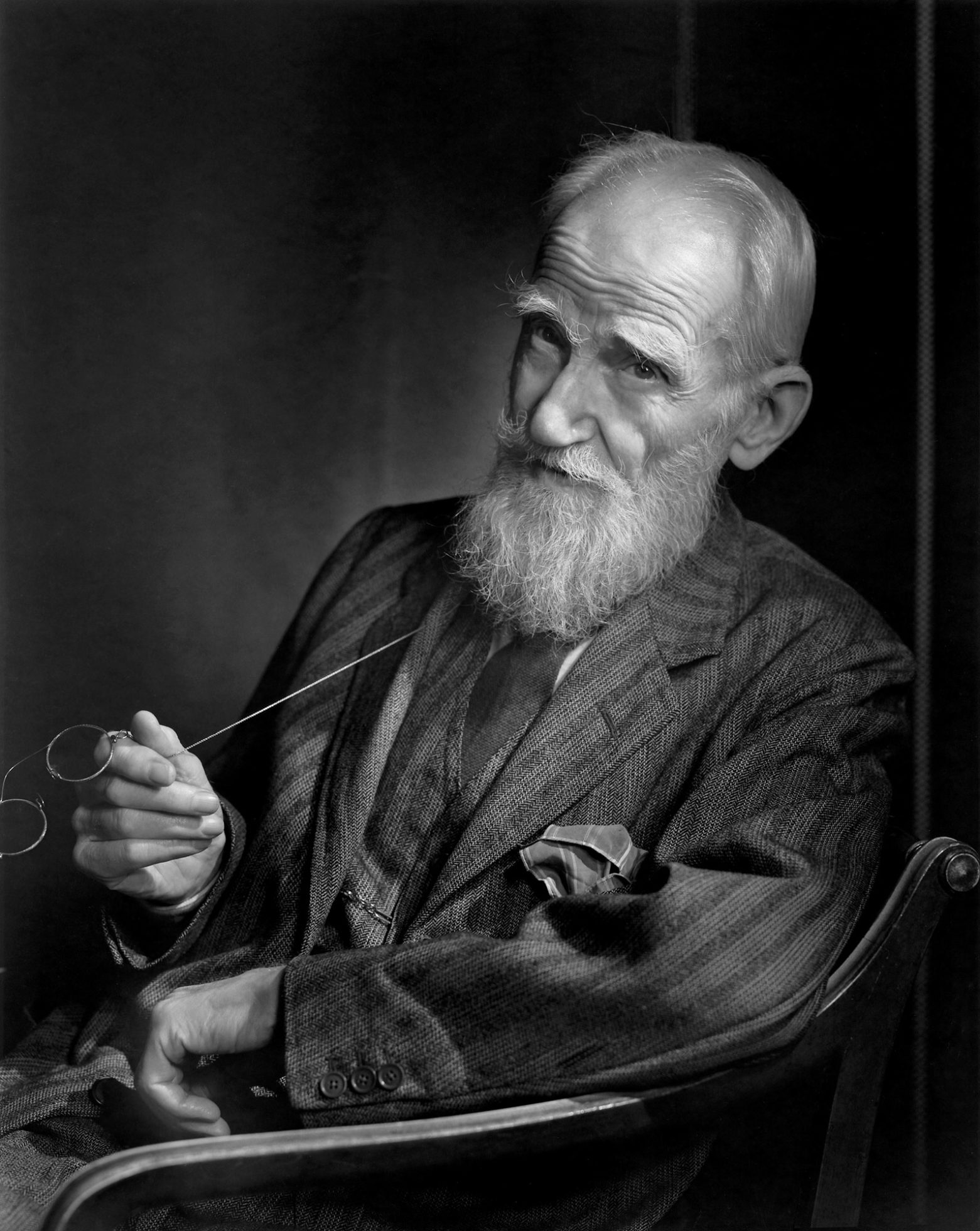 “Leon Edel, Henry James’s biographer, has remarked that Shaw’s ‘way of meeting people was to charm them by being charmed himself.” Shaw came bursting into the room with the energy of a young man, though he was almost ninety years old. His manner, his penetrating old eyes, his flashing wit, and his bristling beard were all designed to awe me; in the beginning they succeeded. He obviously loved to act, and assumed the role of harmless Mephistopheles and devil’s advocate. He said I might make a good picture of him - but none as good as the picture he had seen at a recent dinner party where he glimpsed, over the shoulder of his hostess, a perfect portrait of himself: “Cruel, you understand, a diabolical caricature, but absolutely true.’ He pushed by the lady, approached the living image, and found he was looking into a mirror! The old man peered at me quizzically to see if I appreciated his little joke. It was then that I caught him in my portrait.”