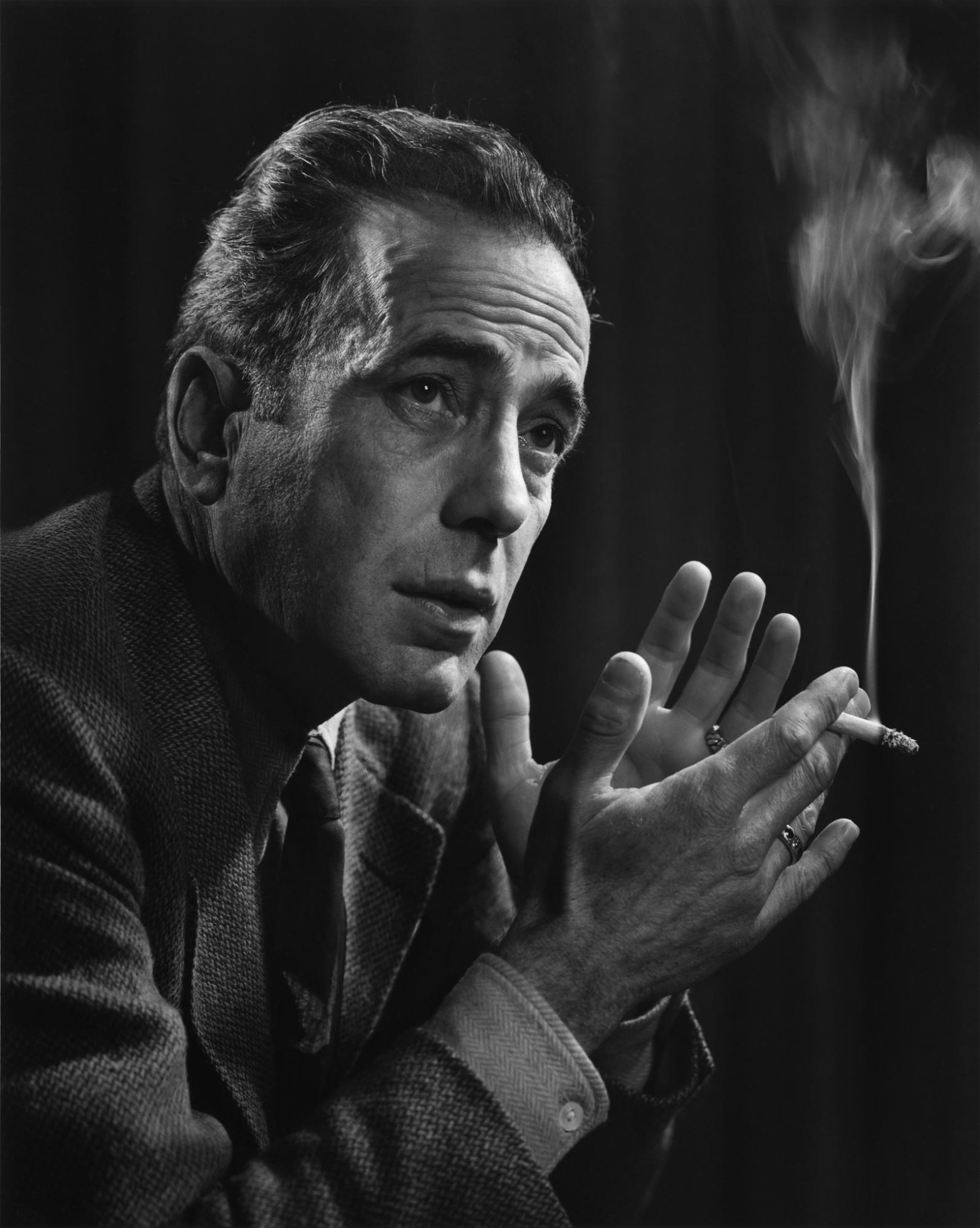 “The handsome son of a successful New York physician and his artist wife, Bogart's role model in the theater was the aristocratic Leslie Howard. As a fledgling Broadway actor, it was he who first asked that question, ‘Tennis, anyone?’ But by the time I photographed him, the image of the tender-tough hero was already wrought. Bogart and his English butler had planned a thoughtful surprise to welcome me to his home: an issue of 'Illustrated London News' opened to my portrait of King George VI.”