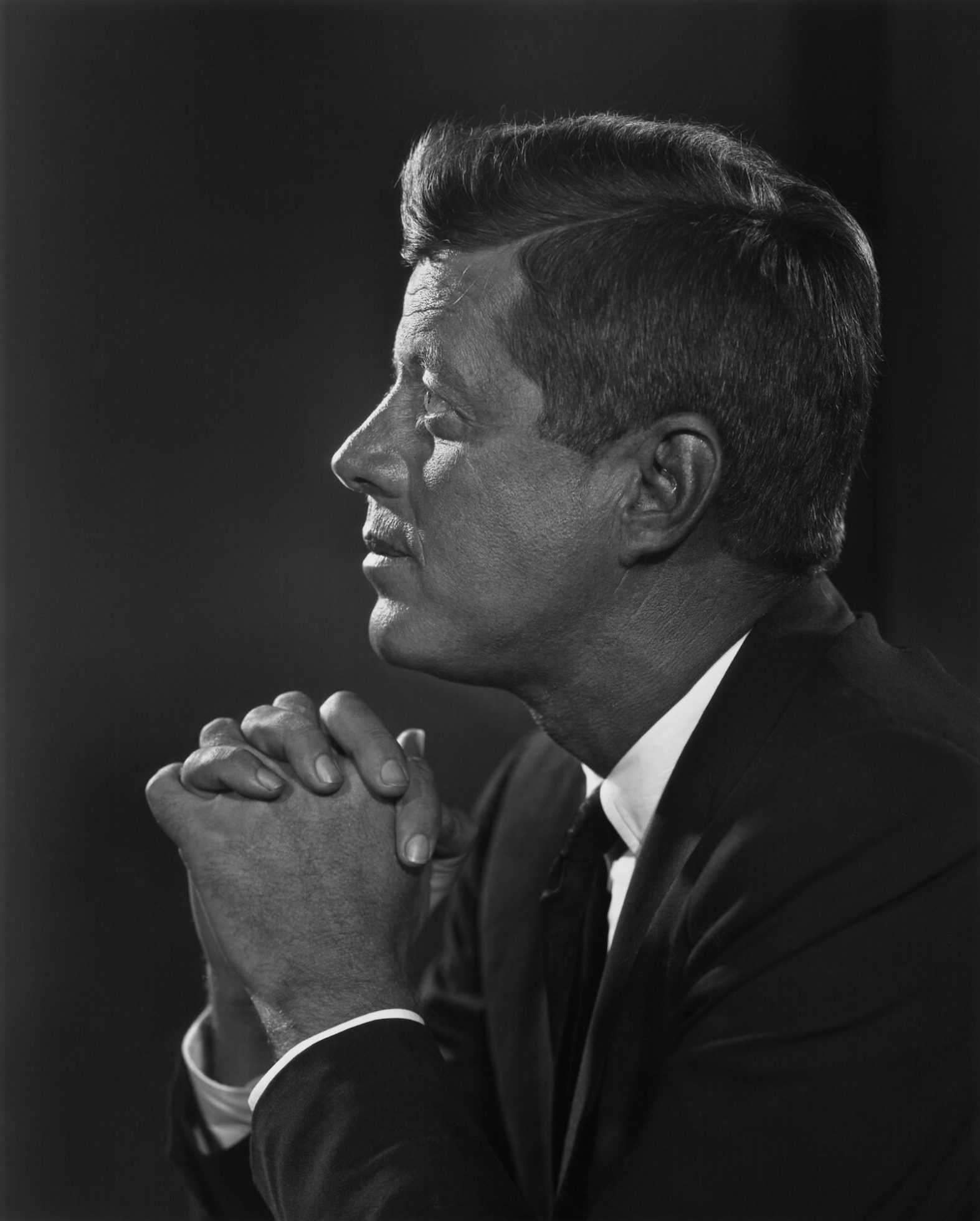 May 2017 marked the centennial of John F. Kennedy's birth. The 35th President of the United States, 1961-1963, was the youngest man elected to the office.

John F. Kennedy was photographed with Jacqueline Kennedy in 1957 at Hammersmith Farm in Newport, Rhode Island, and again in 1960, in his Senate office during his run for the Presidency. LIFE Magazine's memorial edition for John F. Kennedy after his death in 1963 would feature a color portrait from the 1960 sitting.