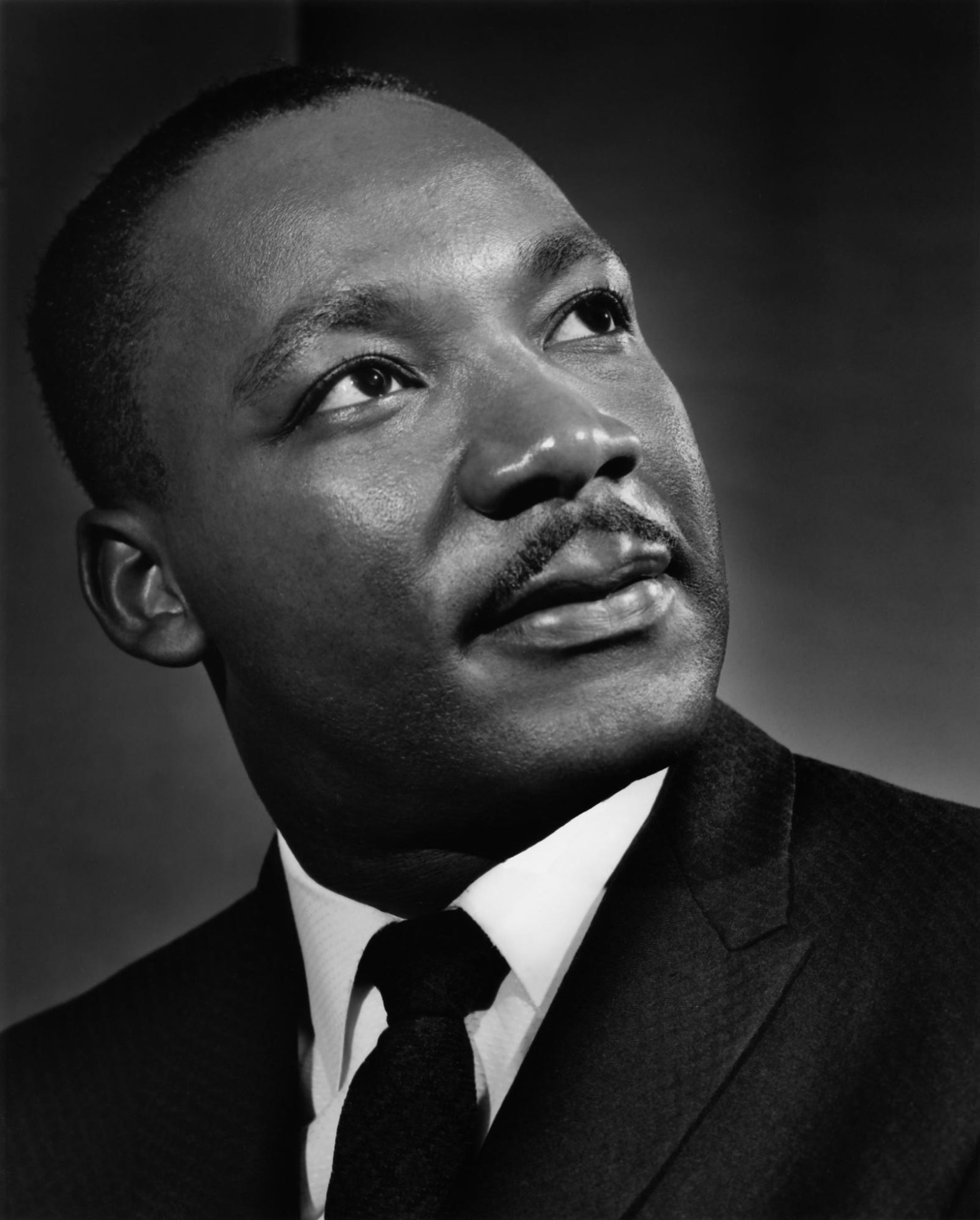 In August 1962 I was asked to hurry down to Atlanta, Georgia, to photograph the Reverend Martin Luther King for a national publication. He had just returned home from nearby Albany, where for months he had been leading the most concentrated and sustained assault on segregation seen till then in the South.

This portrait was taken under the most difficult conditions. We had very little time, and the only place available was a corner of Mr. King’s church. Nowhere could he relax when constantly beset by friends and aides wishing him well, commiserating on his difficulties, congratulating him upon his return, planning new strategy. What emerged in my mind and, I trust, in the portrait, was the dedication of the man and his clear vision of ultimate victory. This young minister, only 33 when the picture was taken, had been leading the civil rights battle since the bus boycott in Montgomery six years earlier. He had already seen many barriers fall; he had helped to engender a new spirit. “Without a movement like the one in Albany,” he said, “thousands of Negroes would still be walking around with their heads buried. Now they have become organized and articulate. They walk with a new sense of dignity and self-respect.”

As I flew back to Ottawa that evening and the quiet coolness of Little Wings, my home on the Rideau River, I thought of something else he had said: “No social advance rolls in on the wheels of inevitability. It comes through the tireless efforts and persistent work of dedicated individuals.” No man in America personified better than Martin Luther King the dedication of his people to their inalienable rights.