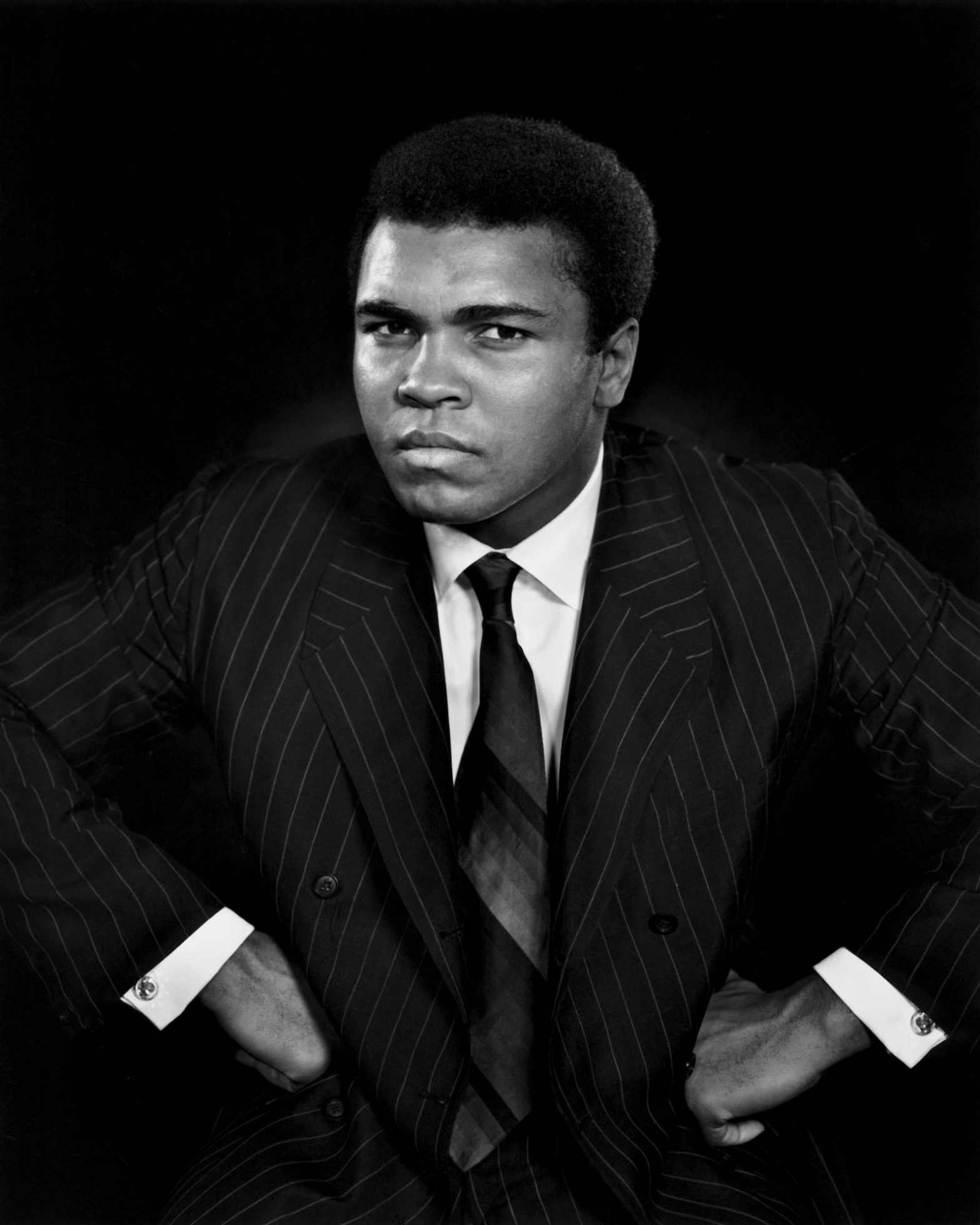 “I photographed (Ali) in 1970, as part of a series of young people for ‘Look’ Magazine… Muhammad Ali arrived at my New York studio with a breathless young editor trailing behind. They had jogged together from the ‘Look’ offices, the young editor carrying Ali’s heavy portable telephone  which Ali said kept him in ‘constant contact with the world.’ Since the editor was a slight young man, I smiled to myself as I imagined this improbable duo and the incredulous stares of the passers-by as they made their way up Madison Avenue. ‘The Greatest’ and I talked about his triumphs, about patent medicine, about the commercials he was making, but there was for me no real contact. The pinstriped suit he wore for our sitting was chosen not for business but to command the respect he rightly felt he deserved.”