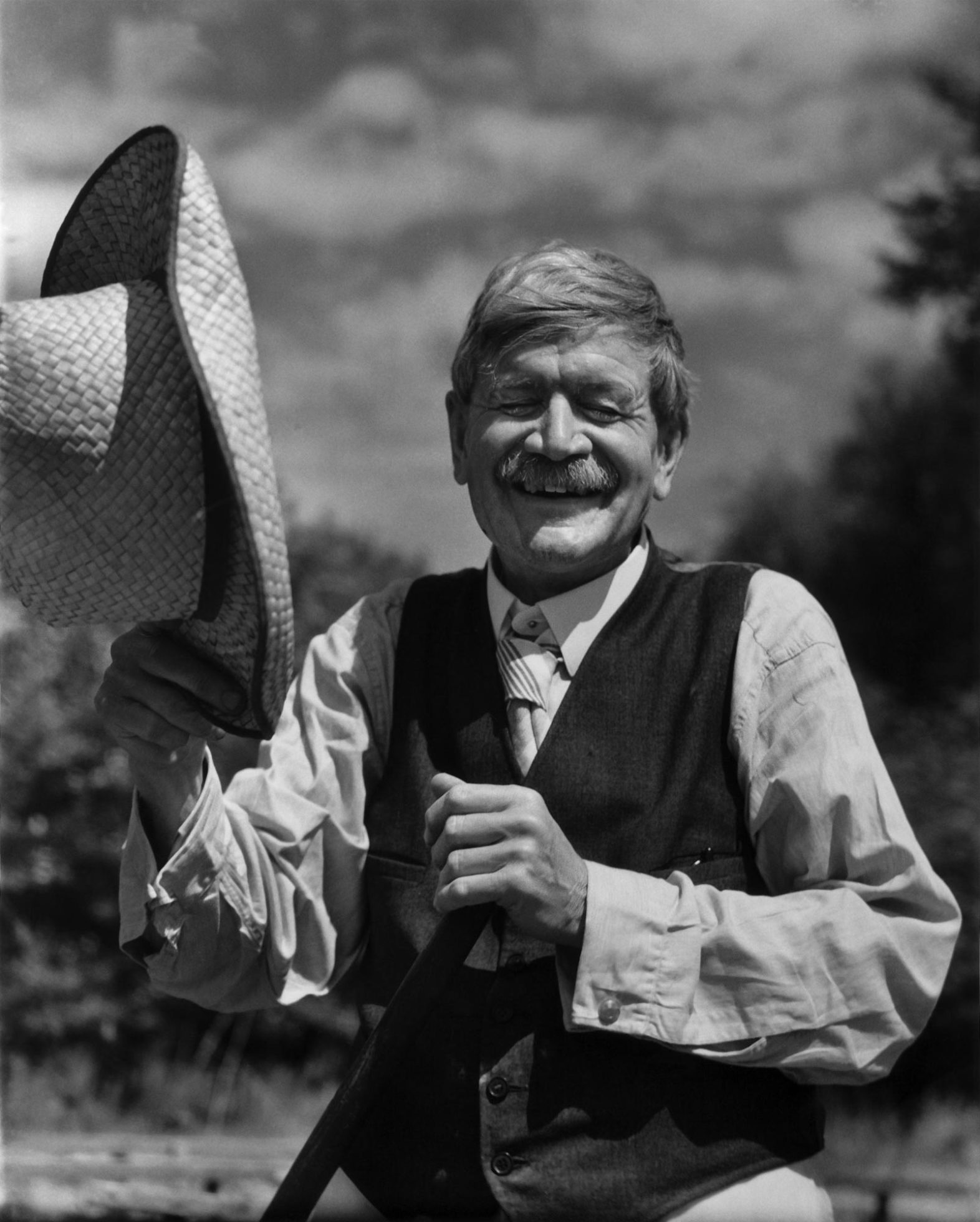 A teacher and writer, Stephen Leacock became a Canadian national treasure for being a humorist. During the first half of the 20th Century, his writings were not only popular in his native country, but also around the world.

“When, in 1941, I spent two and a half days with the great Canadian humorist I had yet to realize that his fame had spread throughout the world. Perhaps that ignorance simplified my task. I photographed Leacock eating his breakfast; playing with Stevie, his son; fishing; listening to music; writing sixteen hundred words every morning; and, of course, laughing. He did not laugh, however (or so I thought), because he felt happy but because laughter was his profession. For he had not known much real happiness, especially in his domestic life.

Wit, a quality quite different from humour, constantly bubbled in his casual talk. One evening, for instance, he decided to take me fishing. Two craft were moored at his dock, a canoe and a motorboat. With my usual impatience I jumped into the motorboat. “No, no,” Leacock shouted. “We're going out in the canoe. I'll paddle.” When I asked him the reason for his choice, he answered: “Because the motorboat always gets there.”

After seeing a set of his portraits, he awarded me the Stephen Leacock Non-Existent Gold Medal and wrote his own captions for the photographs. They soon appeared in the Illustrated London News and many other publications. Most of them now hang in the library of Leacock's house at Orillia, Ontario, which has been wisely preserved as a national shrine commemorating the wistful Englishman who brought his genius of humour to Canada.”