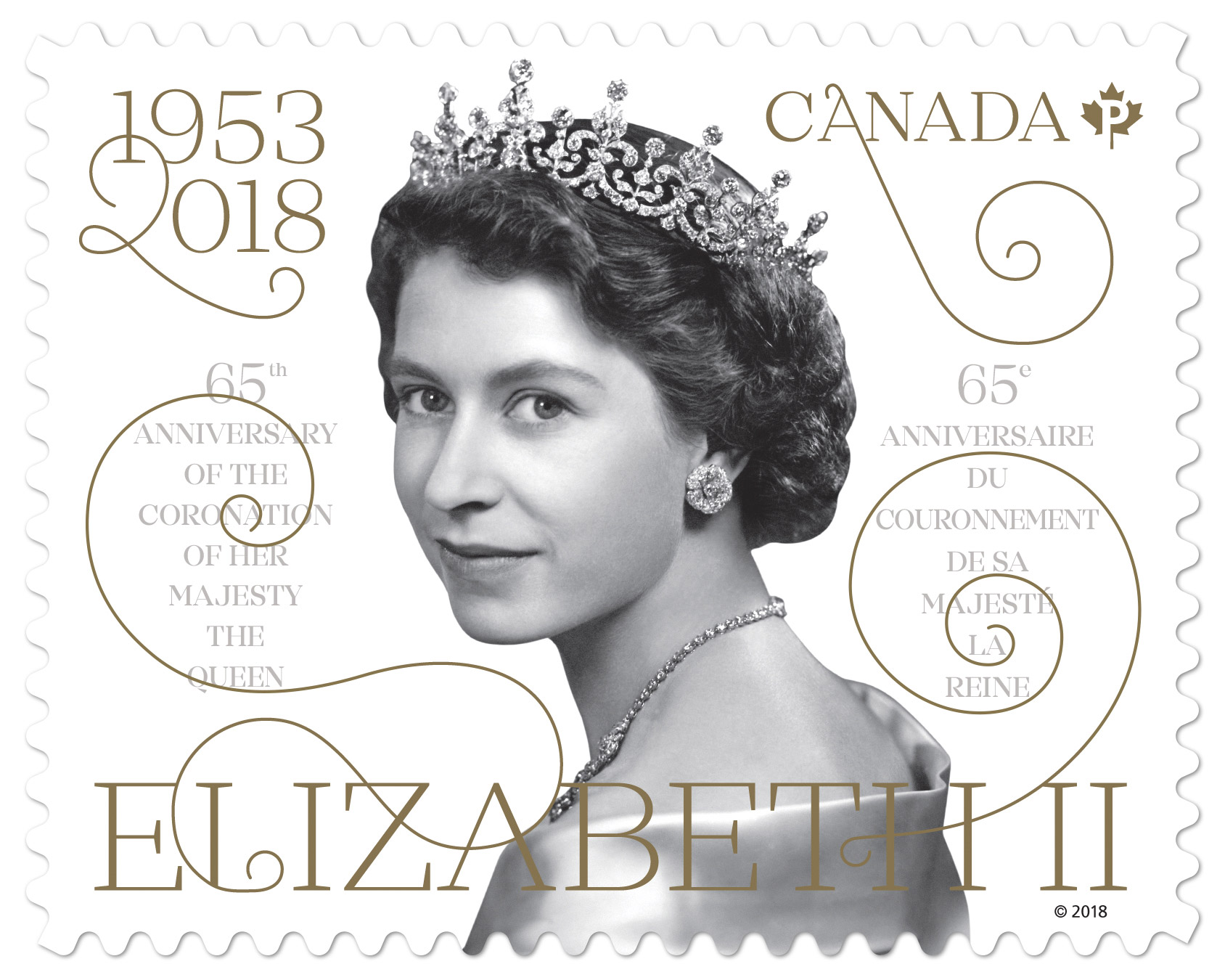 Canada Post’s latest stamp features a portrait of then-Princess Elizabeth months before her accession to the throne. The image is part of a series of famous pictures taken by renowned Canadian photographer Yousuf Karsh in 1951.

Her Excellency the Right Honourable Julie Payette, Governor General of Canada, along with Jessica L. McDonald, Chair of the Board of Directors and Interim President and CEO of Canada Post, unveiled the stamp during a ceremony at Rideau Hall.

At 25, Elizabeth became Queen when her father, King George VI, died in the winter of 1952. Her coronation was delayed to allow for an appropriate mourning period. The coronation took place in Westminster Abbey on June 2, 1953. Three million people lined the streets of London along the procession route. Canadians celebrated with fireworks, parades and horse races; and the Governor General issued a silver spoon to each Canadian child born on coronation day. Read more.

Stamps are on sale now!