Pearson was awarded the 1957 Nobel Peace Prize for organizing the United Nations Emergency Force to resolve the Suez Canal Crisis and is generally considered among the most influential Canadians of the 20th century. Read more (Wikipedia). 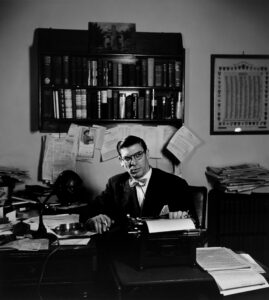