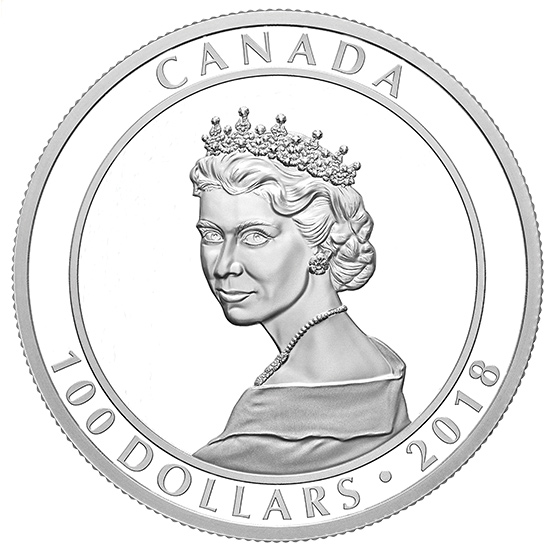 Royal Canadian Mint and the Estate of Yousuf Karsh are excited to announce this new limited edition silver coin available for sale as of August 7, 2018. We worked closely together and with the help of our colleagues at the National Archives in Ottawa, Canada, who provided historical information about Mr. Karsh’s work with the British Royals.

It is the image of grace, dignity, and poise. Taken at Clarence House in London, the 1951 portrait of Her Majesty Queen Elizabeth II (then Princess Elizabeth) by Armenian-Canadian photographer Yousuf Karsh (1908-2002) shows a youthful princess on the eve of a royal visit to Canada and on the cusp of history, for she would succeed to the throne less than seven months later. As a special tribute, your 10 oz. coin is the largest portrait of Her Majesty Queen Elizabeth II to ever appear on one of our coins. Karsh’s original photograph is expertly reproduced in exquisite detail on the engraved reverse, where multiple finishes mimic the interplay between light and shadow that is synonymous with portraits by “Karsh of Ottawa,” who is widely acclaimed as one of the greatest portrait photographers of the 20th century.

The packaging alone is exquisite, the coin itself is breathtaking. 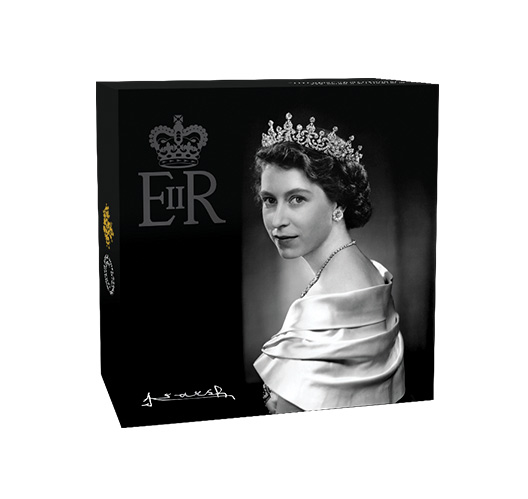