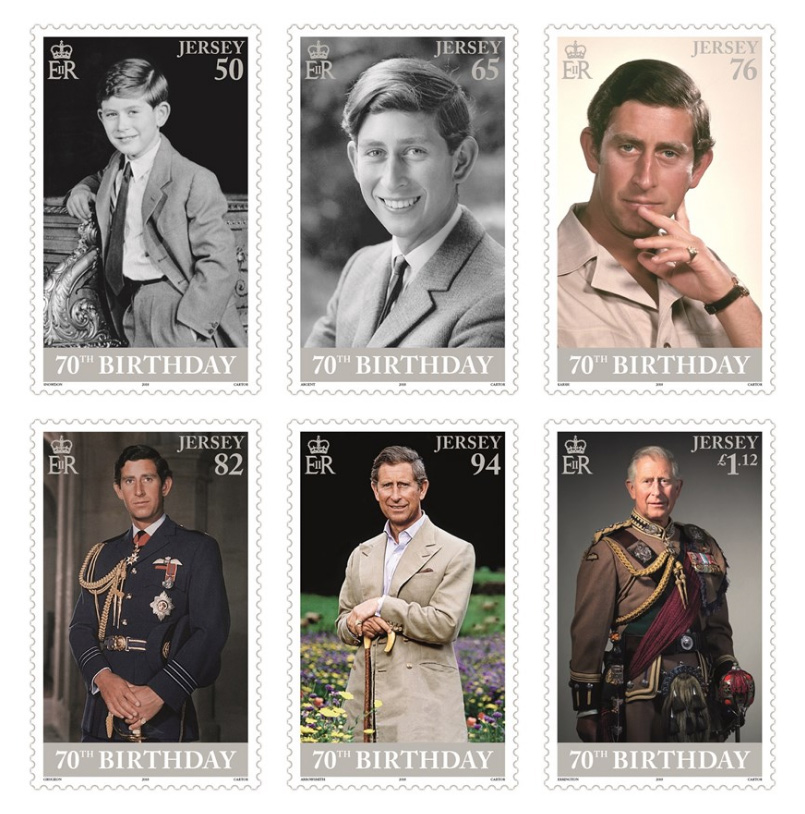 Today, November 14, is His Royal Highness Prince Charles’ 70th birthday. Among the many birthday celebrations taking place in his honor, the Channel island of Jersey has released a series of commemorative stamps. A portrait by Karsh is seen here top right, showing Charles in 1975 when he was photographed at Government House, Ottawa.

Karsh had photographed Charles as a little boy, in 1951. Learn more about the Royals.