Britain’s Royal Mail is issuing special stamps in memory of Queen Elizabeth. The stamps will be on sale from November 10, 2022, and are the first to be approved by King Charles III.

A detail from this portrait by Karsh from 1984 will appear on the £1.85 stamps. Dorothy Wilding’s 1952 portrait will feature on second-class stamps. One of the first-class stamps has a photo taken by royal photographer Cecil Beaton in 1968, and a photo by Tim Graham from 1996 will be the image on the £2.55 stamps. 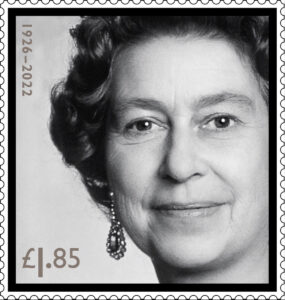