We are thrilled to add more images of Ralph Bunche to the database. Ralph Johnson Bunche (1903-1971) was an American political scientist, diplomat, and leading actor in the mid-20th-century decolonization process and US civil rights movement, who received the 1950 Nobel Peace Prize for his late 1940s mediation in Israel.

He is the first African American and first person of African descent to be awarded a Nobel Prize. He was involved in the formation and administration of the United Nations and played a major role in both the decolonization process and numerous peacekeeping operations sponsored by the UN. In 1963, he was awarded the Presidential Medal of Freedom by President John F. Kennedy. At the UN, Bunche gained such fame that Ebony magazine proclaimed him perhaps the most influential African American of the first half of the 20th century and “[f]or nearly a decade, he was the most celebrated African American of his time both [in the US] and abroad.” See our other Bunche portraits. 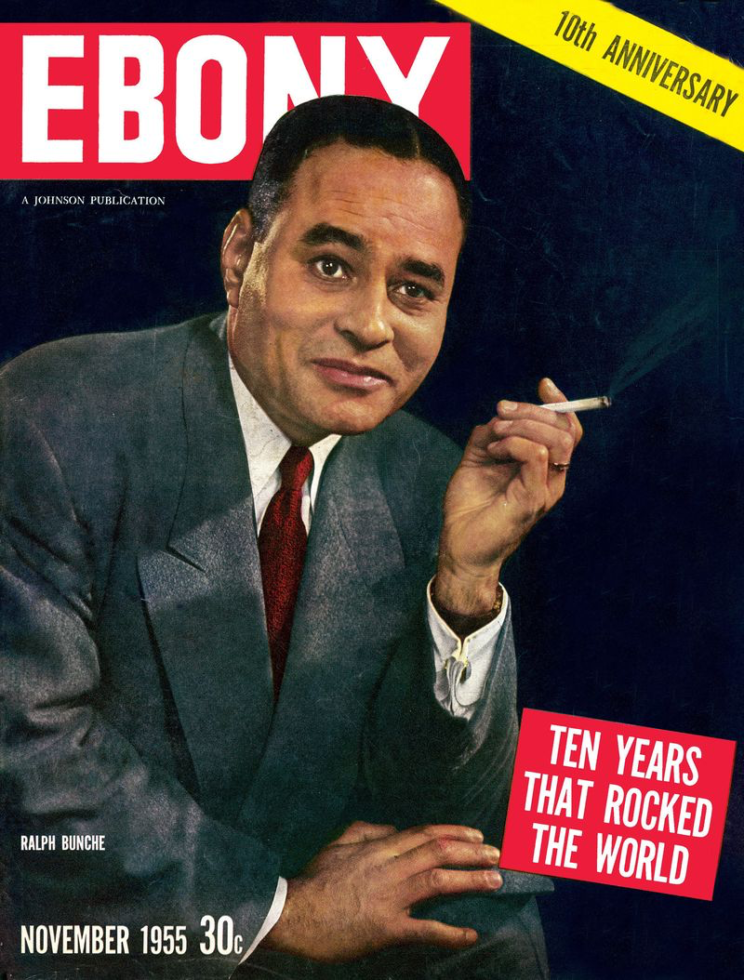