Tickets are now available for a recital of Benjamin Britten’s “War Requiem” at Salisbury Cathedral in England. The event takes place on the 100th anniversary of Armistice Day, November 11, which marked the end of hostilities on the Western Front of World War I. Karsh’s portrait of Britten proudly illustrates the program for the event.  Book a ticket.

See a portrait of Britten with his dachshund. 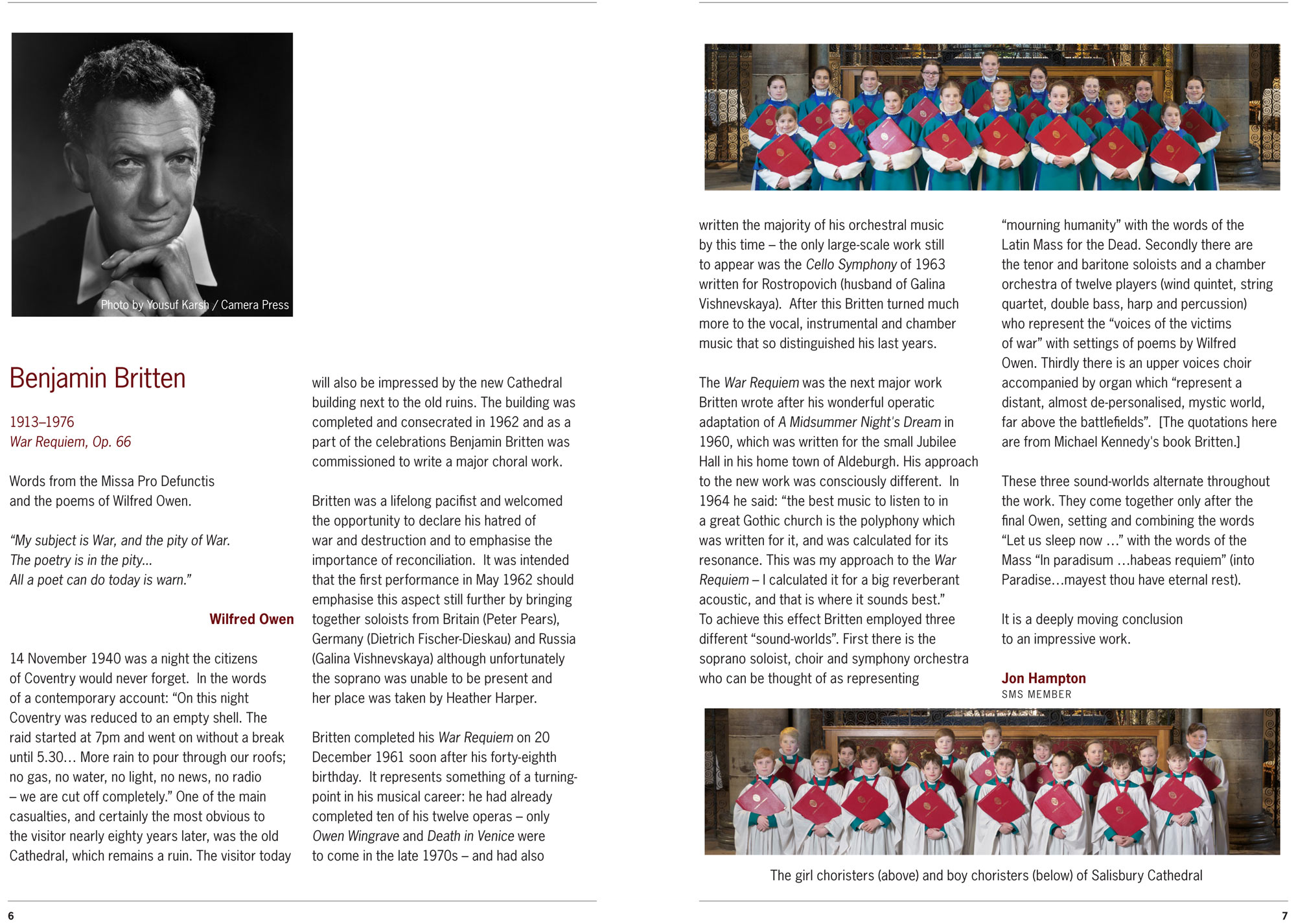