The Moderate Imagination: The Political Thought of John Updike and the Decline of New Deal Liberalism by Yoav Fromer is out now (University Press of Kansas), featuring this portrait on the cover.

“John Updike has long been acknowledged as one of the great American novelists of the twentieth century, even while his political insights have consistently been under-appreciated. Yoav Fromer’s The Moderate Imagination delivers an important new understanding of Updike’s political instincts and vision. This fuller and more rounded picture of Updike’s literary intentions and his social and political insights will benefit even the experts.” – Cal Jillson, author of The American Dream: In History, Politics, and Fiction 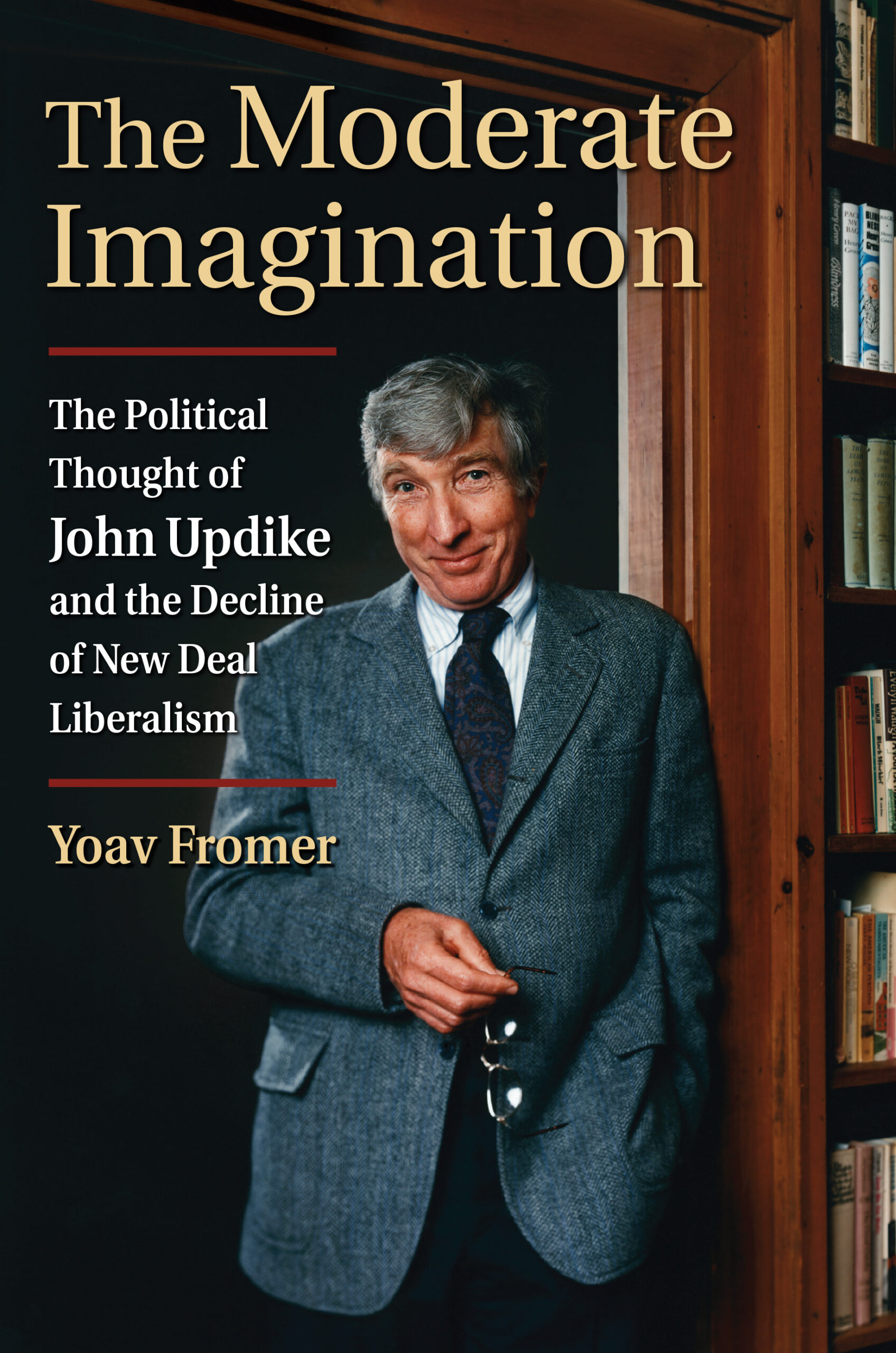