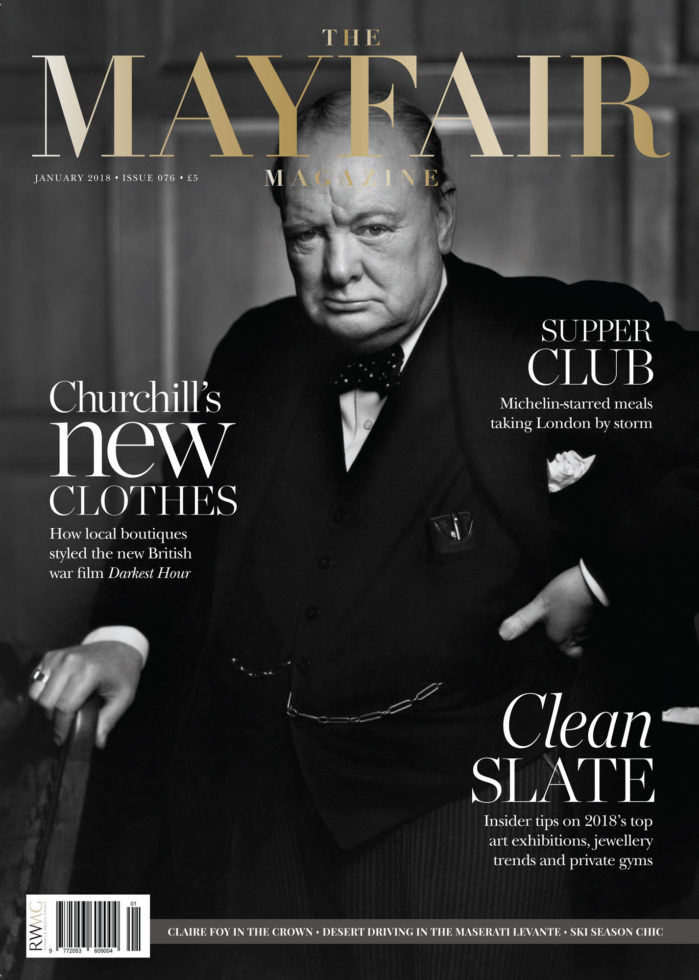 Gary Oldman stars in the latest film about Winston Churchill, Darkest Hour, which is out now in the US and coming to the UK in the new year. Naturally, Karsh’s iconic portrait is in use in various articles, and features as the cover of the January, 2018, issue of British Mayfair Magazine. Darkest Hour follows Churchill’s early days as Prime Minister while Hitler closes in on Britain during World War II.

The story of Winston Churchill’s surprise photo shoot with Karsh is legendary. Watch a video of Karsh recreating the photograph, with Morley Safer playing Churchill.