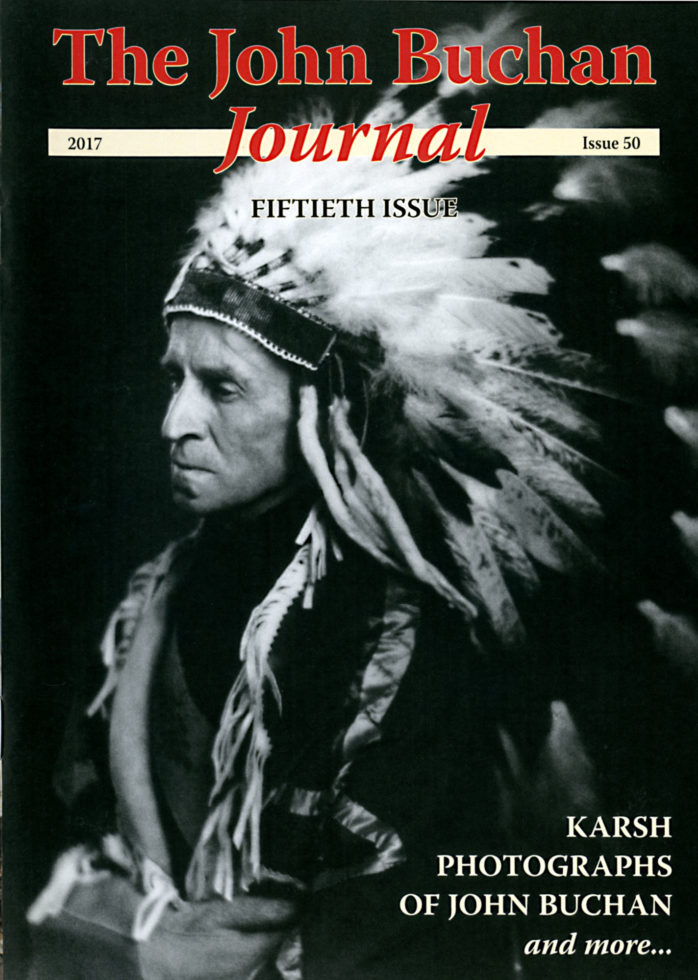 The fiftieth issue of the John Buchan Society’s Journal, was published at the end of 2017 and features an essay by our Curator, Jerry Fielder, about the warm and fruitful relationship between John Buchan (Lord Tweedsmuir, Governor General of Canada from 1935-1940), and Yousuf Karsh.

In 1935, the paths of two great men crossed in a way that would have a lasting impact on the legacy of them both. The career of one, Yousuf Karsh, was on the ascent. In six years he would take a portrait of Winston Churchill that would launch his international fame and lead to his success as a master portrait photographer for the next six decades. The career of the other, John Buchan, would come to a sudden end five years later when he lost his life after a tragic fall.

For Karsh, this association honed his interpersonal and professional skills and expanded his clientele to those who wanted to have their portrait taken by the man who had earned the honor of “Appointment to Their Excellencies, The Governor-General and Lady Tweedsmuir.” It was through Lord Tweedsmuir that Karsh met and formed a close friendship with Prime Minister William Lyon Mackenzie King, and it was through Mackenzie King that Karsh was invited to photograph Winston Churchill in 1941. Each door opened another. However, it was Karsh’s talent more than his connections that made this possible, and Lord Tweedsmuir was one of the first to appreciate his artistic gifts.

See more about their many sittings.