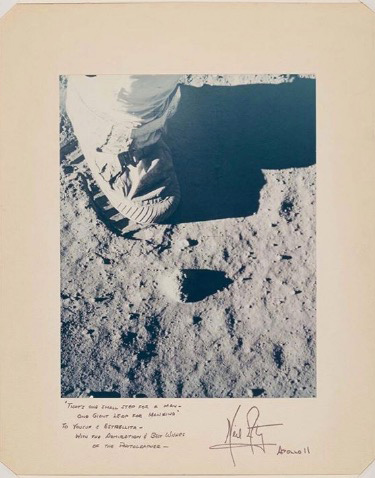 Neil Armstrong took many photographs while on the surface of the moon, including this image of his famous footstep. He later gave this print to Mr. Karsh to thank him for a portrait session. The print is signed by the astronaut and inscribed: “That’s one small step for a man – one giant leap for mankind. To Yousuf & Estrellita – with the admiration and best wishes of the photographer.”

See more about Karsh and NASA!