Gratien Gélinas was a Canadian author, playwright, actor, director and producer, and is considered one of the founders of modern Canadian theatre and film. He was born on December 8, 1909 (d. 1999).

In his book Karsh Canadians, Karsh wrote: “It seemed to me that Gratien Gélinas was the living embodiment of the laughing clown who hides his secret anguish behind a grease-paint grin. Certainly he was the most amusing comedian ever seen on the stage in Quebec and could have been compared to Charlie Chaplin… I made two portraits of him when we met. One shows a carefree mood… the other a tragic pose, surrounded by studies of his sensitive hands in gestures of supplication guilt, and innocence. I sensed that Gélinas was undergoing a critical transition from the wild farce of his early sketches to work more profound and subtle.” 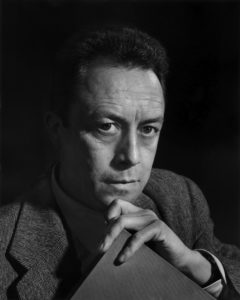 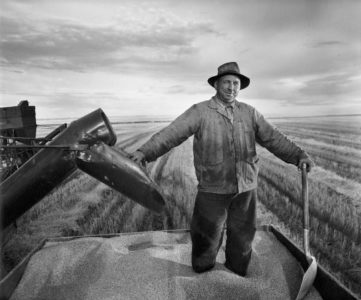 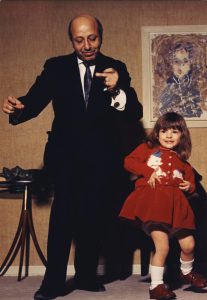